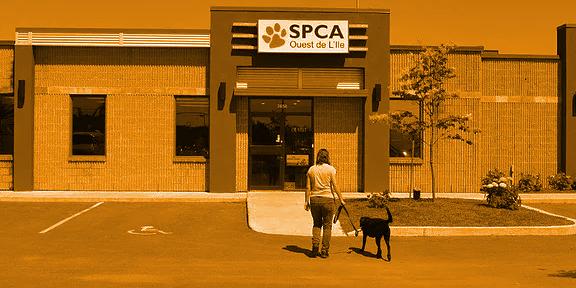 The SPCA West looks back at some great 2018 moments

The SPCA West has had quite a remarkable 2018 and it is all thanks to our loyal supporters.

There have been many ups, many many downs, but we are moving forward with rigorous positivity and hope that 2019 will bring great success in our mission to rescue, save and rehabilitate thousands of animals every year.

Here are some of the highlights from the past year that help show what we can accomplish with your donations and support.

Mason and Ace the blind kittens gets adopted

Mason and Ace were both kittens under the care of the SPCA West who contracted Feline viral rhinotracheitis (rhino). Rhino is an upper respiratory infection of the nose and throat in cats. Cats of all ages are susceptible, but kittens are at a higher risk and may be infected at about five weeks of age.

Both Mason and Ace had severe cases that resulted in us having to have both of their eyes removed, consequently resulting in blindness.

Both kittens got adopted and are now living long and full lives with their new families.

This amazing cat is the SPCA West’s permanent resident; he is our pride and joy.

We saved him from death and worked on his health and temperament for months before he finally decided to understand We ONLY meant well and humans are not the enemy.

BoBo came to us feral, and in very bad shape. He suffered from multiple injuries, and required many months of rehabilitation, and socialization.

Today, BoBo walks freely among us, knowing that he is safe, and adored. He roams the SPCA West freely and is always on guard in making sure all everyone is working hard for his furry friends.

The SPCA West introduced our “Tags to Safety.” This tag that you wear on your keychain is a way to let anyone that is helping you in time of crisis know that you have pets at home counting on you.

Anytime emergencies take place, the crews that serve us are trained to look for any type of message that will assist them in finding more info about you, and with this tag they will know you have pets at home waiting for you.

Too many times people that ended up in dire need of assistance did not think or could not communicate about their pets that were at home, ALONE!

Now with this key chain, emergency personnel will immediately be able to quickly identify these details, and dispatch assistance to your furry friends, taking an enormous stress off your shoulders while you fend for yourself.

Furthermore, the tag also rewards you towards purchases you make at the SPCA West store, giving you an additional 15 % off every time you shop.

After 2 years of waiting we finally completed construction of the SPCA West Dog Run. Now, our furry friends will be able to enjoy some nice time outdoor running and playing in complete safety.

“United as One” was a hugely successful event that brought together other animal rescues, animal vendors and animal lovers with one sole focus – to help our furry friends.

The SPCA Ouest hosted its first annual charity golf tournament on September 27, 2018 at the Falcon Golf Club in Hudson.

Golfers came out to support their local animal shelter all while catching some of the last rays of summer sun and having a fun competition with their friends, co-workers and business colleagues.

The end of the day concluded with a networking cocktail complete with refreshing drinks, gourmet bites and a raffle all benefiting the SPCA Ouest. We raised almost $3000.00 to help the animals in our care!

On October 6, 2018, the SPCA West hosted “Empty the shelters!” On this day, the BISSELL Pet Foundation sponsored all adoptions fees for our cats and kittens!

Along with other shelters we invited, we found homes for almost 40 cats and kittens. They are now living full and happy lives with their new families.

Stanley gets the care he needed

Stanley was a stray that was transferred to the SPCA West in September. We knew something was wrong because Stanley had a limp and a hop from the very beginning of his time with us. We loved him anyway and committed to giving him as much love and care as we could.

In October Stanley was brought to the vet for x-rays and at the same time, we had him neutered. While he was being neutered, the vet wanted to take a closer look at his back legs and spine and, upon closer inspection, confirmed that Stanley was most likely rolled over by a car, his legs and back were broken and then, because of improper treatment and care, the bones fused back incorrectly. The vet asked us if we wanted them to put him down right then and there.

Stanley is only a year and a half old. He has his entire life ahead of him. He deserves a chance to be loved and to live a happy life. No, we do not want to put him down, we want to fight for Stanley’s life.

Our loyal supporters stepped in and with the help of our Emergency Medical Fund, we were able to afford Stanley’s surgery and rehab. He has since been adopted and is living it up with his new family.

Spoil your kitty with these homemade recipes

SPCA West Thanks the Yellow Pages

#GivingTuesday - THE Day to Give